Oral Inecalcitol has been studied in France only in an open-label Phase II trial in addition to oral imatinib, the reference inhibitor of BCR-ABL kinase used as standard of care. CML is caused by the same BCR-ABL fusion gene in all CML patients. The quantitative parameter predicting efficacy is the reduction in the expression of this BCR-ABL fusion gene: a 3 log decrease (1,000-fold) in BCR-ABL is called a major molecular response (MMR) and a 4.5 log decrease (31,623-fold) a deep molecular response (DMR). Between the MMR and DMR levels, the disease is considered to be under control with continuous daily administration of BCR-ABL kinase inhibitors. With levels maintained in DMR, the minimal residual CML disease is sufficiently low that treatment cessation can be considered and functional cure achieved in some patients.

The clinical study of inecalcitol has focused on CML patients who, after at least two years of treatment by imatinib alone, have achieved MMR but not DMR, with the objective to reach DMR within one year of treatment combining inecalcitol and imatinib. Twenty-two patients have been enrolled in total; twenty patients have completed one full year of treatment. Eight patients (40%) have shown further decrease in BCR-ABL from MMR and, at the end of treatment, four patients (20%) have demonstrated reduction in BCR-ABL beyond DMR, i.e. undetectable biomarker traces. By comparison, the increase in DMR during one year of treatment with imatinib alone has consistently been reported as 7.5% in two independent studies (Hochhaus et al., Leukemia, 2016; Cortes et al., Journal of Clinical Oncology, 2016).

Inecalcitol has been shown to preferentially inhibit the proliferation of CML progenitors and stem cells isolated from CML patients at the time of diagnosis and cultured in vitro, as compared to normal myeloid progenitors and stem cells isolated from healthy volunteers. Furthermore, this activity was synergistic with the inhibition exerted in vitro by imatinib, the first generation BCR-ABL kinase inhibitor used as the reference treatment of CML, as well as with dasatinib or nilotinib, two other inhibitors of the Bcr-Abl tyrosine-kinase of a more recent generation.

Chronic myeloid leukemia (CML), also known as chronic myelogenous leukemia, is the least frequent of the three main adult leukemia. In 2016 in the United States, 8,220 new cases have been diagnosed, a total of at least 36,700 patients were living with the disease and about 1,070 have died from CML; the 5-year survival rate is 63% (LLS Cancer Facts and Figures, 2016). In France, the number of new cases diagnosed each year is estimated at 810 (Francim, 2013). In Europe, the incidence is 1.02 patient per year per 100,000 inhabitants (EuTOS, 2014). CML has orphan disease regulatory status in Europe, Japan and the United States.

CML is a type of cancer that starts in the bone marrow, invades the blood and then other parts of the body such as the spleen. CML evolves slowly at the beginning and, without treatment, ends by deteriorating into acute (“blast”) phases similar to Acute Myeloid Leukemia, causing deadly anemia, coagulation impairment or lack of defense against infections. CML is characterized by the over-production of all types of white blood cells (except lymphocytes) originating from a single stem cell, which escapes proper normal regulations.

In all CML patients, the loss of cell control results from the same “exchange” of “bits” of chromosomes (“translocation” between chromosomes number 9 and 22), which gives rise to the abnormal fusion gene called BCR-ABL. The product of this gene, the Bcr-Abl protein is a hyper-functional kinase which continuously stimulates cell proliferation. The inhibitors of the Bcr-Abl kinase such as imatinib, dasatinib, nilotinib or ponatinib, are used to treat CML patients and the BCR-ABL gene transcripts are well-established biomarkers of the blood concentration of residual CML cells. 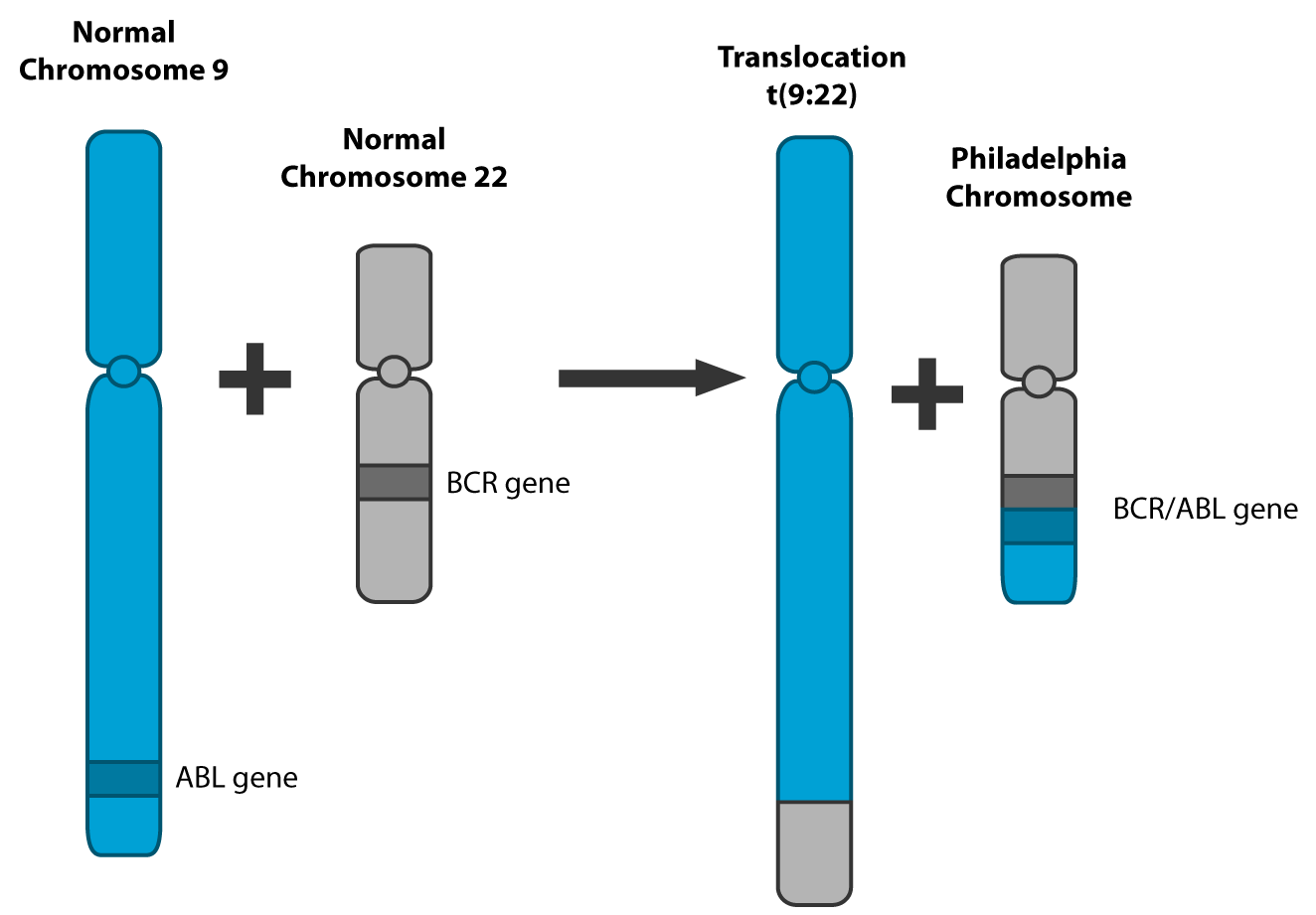 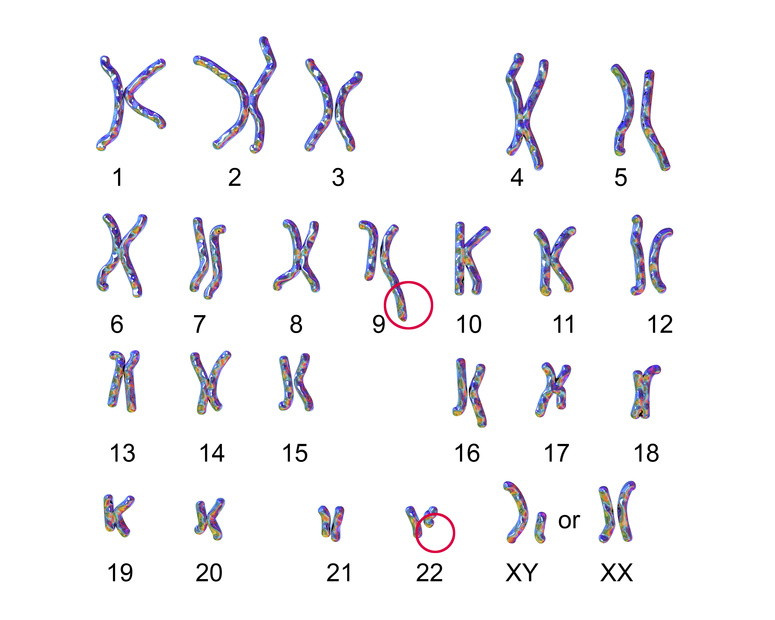